The History of Santa Claus

Nicholas of Myra (Ancient Greek Νικόλαος Μυριώτης Nikólaos Myriṓtēs; * between 270 and 286 in Patara; † 6 December 326, 345, 351 or 365) is one of the best-known saints of the Eastern Churches and the Latin Church. His day of remembrance, 6 December, is celebrated throughout Christianity and is associated with numerous customs.

Nicholas worked in the first half of the 4th century as Bishop of Myra in the Asia Minor region of Lycia, then part of the Roman, later Byzantine Empire, now Turkey. His Greek name Nikólaos(from νίκη and λαός) means "victory of the people" and was already in use in pre-Christian times.

There are only a few documented facts about the life of the historical Nicholas. Myra in Lycia, now Demre, is a small town about 100 km southwest of Antalya in present-day Turkey. In the 4th century, the place was the seat of a bishop, and the inhabitants spoke Greek. Accounts of Nicholas' life come, for example, from Andrew of Crete (around 700) and from a monk John from the Studite monastery in Constantinople, which was founded in the 5th century. According to consistent traditions, Nicholas was born between 270 and 286 in Patara, a town in Lycia. According to tradition, he was ordained priest at the age of 19 by his uncle Nicholas, the bishop of Myra, and then became abbot of the monastery of Sion near Myra. During the persecution of Christians in 310, he was imprisoned and tortured. He distributed his inherited wealth among the needy. This is also reported by the better attested bishops of the 4th century Ambrose of Milan and Basil of Caesarea and is considered historical fact there. There are various legends surrounding Nicholas.

St. Andrew of Crete and St. John of the Studite Monastery reported that Nicholas took part in the Council of Nicaea and slapped his adversary Arius in the face. For this reason he was first arrested, but was rehabilitated towards the end of the Council. Nicholas is not included in the list of signatories of Nicaea, which is, however, incomplete. On the other hand, Bishop Theognis of Nicaea, whom Nicholas is said to have convinced of the Catholic view at the Council, is one of the historically documented signatories. 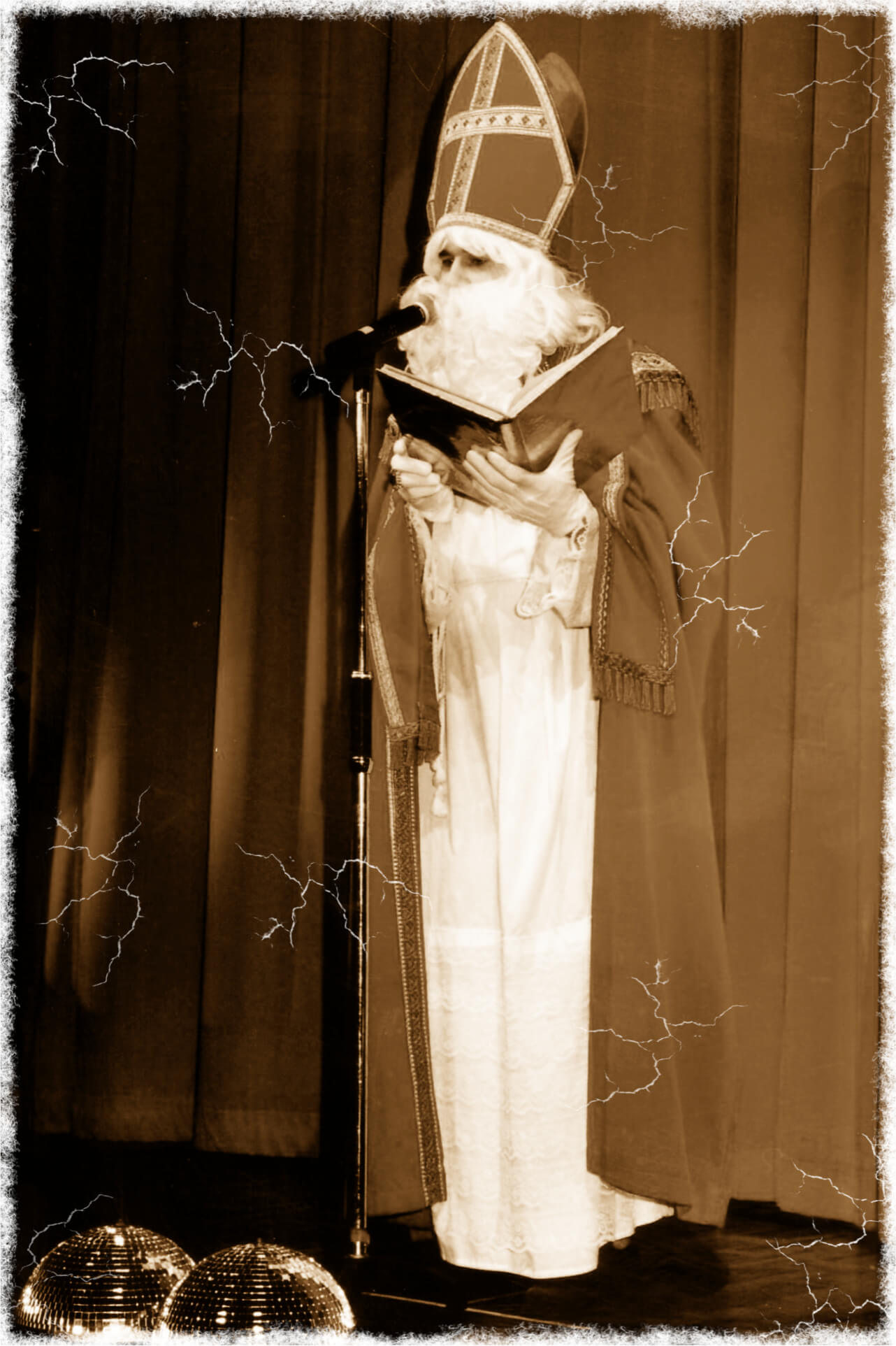 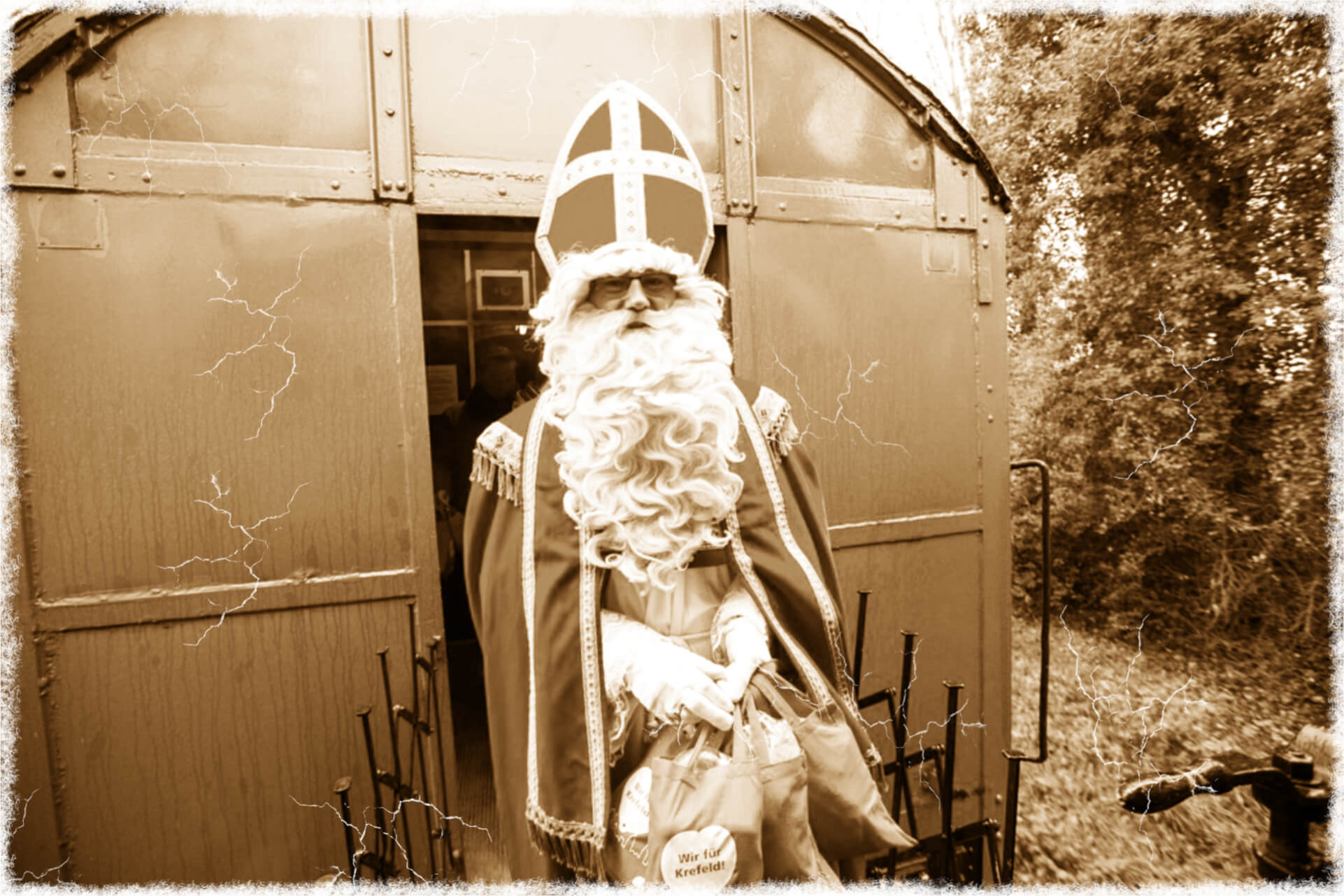 After the evacuation of the city of Myra and before its conquest by Seljuk troops in 1087, southern Italian merchants stole the relics from the saint's tomb in the Church of St. Nicholas in Demre and transferred them to his native Bari. The relics are housed in the specially built Basilica of San Nicola. The city celebrates an annual festival in honour of the saint from 7 to 9 May, the presumed day of the relics' arrival in Bari. The statue of St. Nicholas is carried in procession from the basilica to the harbour, accompanied by over 400 people in period costumes. It is then taken around the bay on a boat. The Turkish St. Nicholas Foundation, however, demands the relics of the saint back.